In order to function, it is essential for any company from the industrial, commercial or service sectors to acquire certain goods and use services, such as: labor, electricity, telephone, etc.

The company creates an issue when it gets an actual consideration of the outside, that is, when it receives goods or services takes up. So there arises an issue, for example, when workers are hired, when power is used to carry out commercial premises, etc.

The fact that the company is using the service to complete, it is obliged to pay this. Payment is made at the date on which the money is taken from the cash register to pay the services. Therefore it is extremely important to distinguish between expenditures and payments. An output is produced by the use of a particular service; payment desselbigen takes place on the fixed date to the date on which it obtains the goods or services at a later date, because of the suspension of payments is a sprawling practice in the business world.

Consequently, the output is accompanied by the company with the approval of its financial assets. If you get the actual consideration, the principle does not count the assets, paid or agreed to a payment period, this reduces the assets or there arises an obligation to pay.

The company in the exercise of its activity provides services and delivers goods to the outside. For this purpose, it will in turn receive money or put up rights to payment claims in his favor, which are due to the specified times.

The result is a revenue when the company’s assets is increasing and this increase is not due to new deposits of the partners.

The deposits of the owners are in no case a dose, even if they represent a capital appreciation. The partners provide increasing new deposits with the aim to cover the losses from previous fiscal years or to the available funds to make new investments or expand.

The entrepreneurs and self-employed persons must issue an invoice for each operation, they perform. Only the possession of a correct invoice allows the receiver of the transaction, the settlement of the amounts.

The general obligation to provide a statement, also means compliance with the following points:

Create and transfer of accounts of entrepreneurs and self-employed for the operations performed
Storing the copy or Urausfertigung of invoices issued
Issuing and submitting invoices for payments that have occurred prior to receipt of the goods or service.
EXEMPTIONS FROM THE GENERAL OBLIGATION OF INVOICES

Subject of an invoicing all supplies of goods or the provision of services must be carried out by companies and self-employed in their activity, with the exception of the following:

carried out by persons who are subject to VAT (IVA / IGIC), locations where the application of the system of payment of the equivalent value, except those activities which are discharged to the regulation of direct investment in the personal income tax return (IRPF).
from VAT (IVA / IGIC) exempt operations, due to the prescribed in Article 20 of its rules and regulations, with the exception of those who of to the numbers 2, 3, 4, 5, 15, 20, 21, 22, 24, 25 and 27 the first paragraph of that article refer, for a statement to be issued.
which are authorized in terms of business sectors, Self Employed groups or certain companies, the competent institution of financial management to avoid interference with the purpose in the development of economic activity of entrepreneurs and self-employed.
of those subject to VAT (IVA / IGIC), conducted in fiscal operations and tax to the special simplified scheme (modulo) pay. Nevertheless, calculations for the transfer of solid active asset must be issued to the article 123, paragraph one, section two, paragraph 3 of the rules and regulations of the said Tax Act by reference.
Nevertheless, are entrepreneurs and self-employed persons required to create a complete set of accounts for the following operations:

if the recipient is an entrepreneur or self-employed and as such occurs, as well as in any other process, if the recipient is required so
for the handover of goods shipped or transported outside the EU goods, with the exception of exported duty-free shops
for the transfer of goods to legal entities established in other Member States which do not occur as an entrepreneur or self-employed
Transactions whose recipients are public authorities
CONDITIONS OF BILLS

Invoice number (1,2,3 …) and optionally sequences (A, B, C …). The numbering of the invoices must be continuous and can be divided into several episodes, especially when different divisions / branches exist.
First and last name or company name, tax identification number, issued by the Spanish authorities or in another Member State of the European Economic Union, and address, both the sender and the recipient. If the recipient is an individual who has no economic or independent activity, first and last name as well as the control number are sufficient.
Description of the transaction and the full consideration. If the mentioned transaction value added tax (IVA / IGIC) is subject and is not exempted, the bill must have all the necessary data to the tax base to be able to determine the tax rate to wendenen and the total amount. Except when the control is included in the total amount, only the scheduled percentage must be specified or the phrase “including VAT” will indicate if so authorized in this case. Should the bill include the transfer of goods or services with different tax rates, it should be made clear in various parts invoice.
Date of issue of the invoice and if different, the date on which the transactions were carried out or a deposit has been received.
As stated, this is the four essential minimum components that must be considered when creating the invoices, in addition to habitually others, like the signature, the stamp, form of payment, etc. are indicated.

A special situation arises in the case of operations carried out for those who do not meet the conditions of the entrepreneur or self-employed and work in the development of business activity, here it is not mandatory in the invoice data for identification of the receiver perform when it comes to operations acts whose contribution is not higher than 100 euros and in other cases, which are authorized by the tax department of the tax office.

If the amount of the transactions, which are described below, no more than 3,006 euros, the bills can be replaced by machine-printed documents:

Retail sales
outpatient service
Deliveries to the residence of the consumer
Transport of passengers and their baggage
Services in restaurants, bars, cafes and similar establishments
Supply with food and drinks for immediate consumption
Services in dance halls and discos
Telephone services through the use of public telephone booths, as well as by magnetic or electronic rechargeable cards, which do not permit the identification of the user
Service of hairdressers and beauty salons
Use of sports facilities
Developing film
Valet parking
Service of film distributors
and further, that authorizes the tax office
The information that should be held at least on the evidence:

Number and, where appropriate sequence, with consecutive numbering
Tax number of the issuer, as well as his full name, business name or company name
Tax rate or term “VAT included”
full consideration
It is important to pay special attention to the points mentioned above, since the creation of false tickets, the rules for creating documents injured and draws appropriate sanctions.

If the recipient is not an entrepreneur or self-employed, the receipt must be created in the moment in which occurs the transaction.
If the recipient is an entrepreneur or self-employed within 30 days after the transaction. In a single invoice the performed transactions can be calculated, which are carried out for one consignee and the period of a natural month, will be charged. Nevertheless, should the invoices or equivalent documents belonging to intra-European transactions, will be issued before the 16th of the following month in which the accounting period ends, in which the operations are incurred.
ISSUE OF INVOICES

If it is not an entrepreneur or self-employed at the receiver, the bill must be given at the moment of creation.
If the recipient entrepreneurs or self-employed, invoices or equivalent documents to the 30 following days after creation must be handed over.
CORRECTION OF INVOICES

Entrepreneurs and self-employed should correct the statements prepared in follow those cases:

Incorrect disclosure of amounts
If they change the decisive circumstances of the sum
When operations for IVA arises, are not listed
If one of the aforementioned minimum components missing
The adjustment can always be made, if not four years passed since the moment in which the corresponding operation control have been incurred, or in the case that a changed situation of the consideration has arisen or ineffectiveness of the occupied process has occurred, should carried out rectification immediately upon detection of the change in exchange by creating a new account, under performance of the detection data of the original bill and the expedient correction, wherein a specific number sequence for corrected invoices should be established.

The entrepreneurs and the self-employed are required copies of the invoice or replacing documents that are issued by or on their account, kept for four years.

However sets the related trade legislation, especially in Article 30 of the Commercial Code states that “contractors must, in this regard books, correspondence, documents and evidence of their business, ordered, six years from the date of the last transaction in the books, except for what by general or special arrangements will be established “.

That is, the period of four years mentioned in the general tax law defines the trade legislation with six years determine what could be justified because in the contrary laws case, the evidence of a fiscal year could be gone when an inspection checks this because we know that the limitation period starts from the next day after the period of the last voluntary declaration.

An exception in this section are the capital goods, as specifies in this case of Article 165 of the VAT Law that invoices relating to these goods, must be kept within the appropriate regulatory period and the subsequent five years.

PROOF OF EXPENDITURE FOR DEPOSITION

This output has this character, this must be proven by a full statement by the entrepreneur or self-employed, who provided the service without such proof can not be deducted the cost.

Nevertheless, sets the order of the central Economic Administrative Court of 11 January 1995 established the following reasons which previously Illustrated is not effective and does not allow complete finished deductible costs:

Old Article 13 of 15, the only demands that the issue has occurred
Instruction 6 CE, nº 77/388, which demonstrates the need not to list the formal requirements, but merely the existence or non-existence of the output
the law for official acts for showing that procedural defect does not mean the cancellation
Acquired evidence listed in the Civil Code and the Code of Civil Procedure …
Definitely is determined that assignable expenses are deducted, even if they have some form of error detection in the company tax return. Regarding the formal aspects outweigh the effective implementation of expenditure that can be verified by various means.

However, the Administration may require the correction of the invoices, so that they present the nature of evidence document an issue within the company tax return and the same with the necessary data is to ensure that the allocation of amounts of VAT in the legislation of this last control (General Tax Directorate of 5 June 1990) can be accomplished.

Moreover, it was established in the decision of the Economic Administrative Court of 10 February 1994, that in relation to incorrect invoices, if they have been authorized by the control test, all must be recognized, whether favorable or not.

Number of items in cart: 0 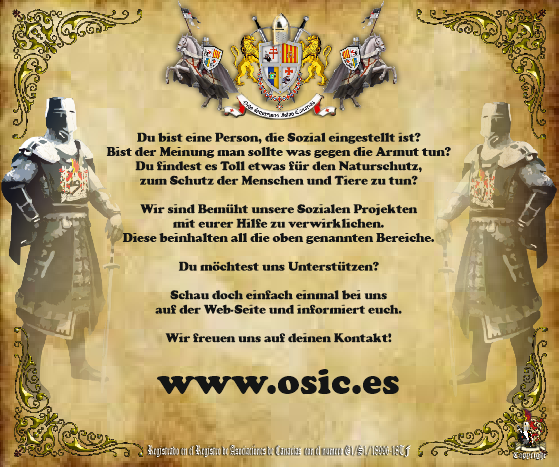